The Forum for discussions in English

Bear in mind, that multiplayer is still an early beta - we hope to improve it in next patch. 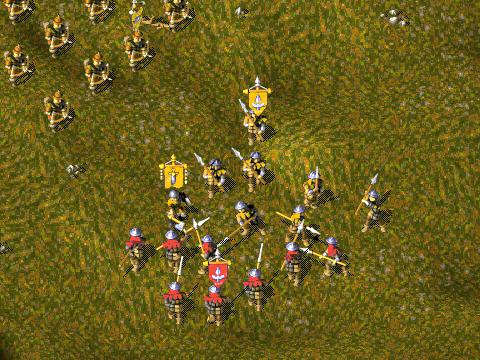 You can download KaM Remake demo from my site: http://krom.reveur.de

Alternatively you could download just changed EXE from: http://code.google.com/p/castlesand/downloads/list

Please read included Readme, it has all the info.
I'm not good with words, maybe Lewin will add more info to this post later 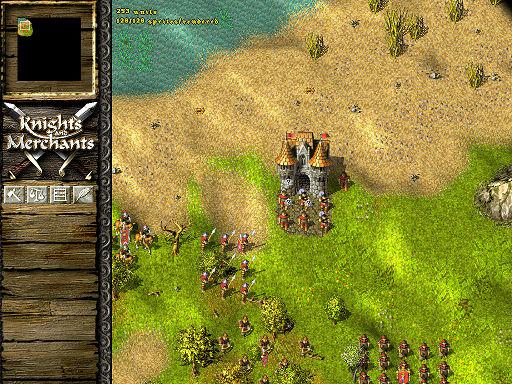 It's about time to announce my secret KaM project:

I've been working on it for some time now and already made some good progress. I could finally be sure it's not going to die in a sandbox.

It takes it's roots in KaM Editor. Since that is a whole another level of coding it took almost complete rewrite and restucturing of code (huge thanks goes to my friend Alex who actually introduced new core design). Still Editor code (especially it's graphic part) largely reused. I'm still using same basis: Delphi6+OpenGL.

KaM Remake is planned to reach at least KaM TSK level without any changes nor radical new features. Then we'll see. I don't want to plan something out of reach now.

At the moment I'm working on building part of game. Just finished road building and going to move on to houses

Project is started ~2 months ago. Working on 2 projects which use one base, but became very different is uneasy. That is why KaM Editor gets only bugfixes recently.

P.S. I don't care about "Why do we need 2 projects" talks. As TheKnight said in other topic - only one of 10 started projects is actually finished. Mine is only third in this row (OpenKAM-TKE-Castlesand)

This looks as only some textures would by to be
switched and some removed.

Please write English, I don't speak Polish at all

Krom, what is it?

Cav pisze:Krom, what is it?

That is fairly obvious, in my opinion.

I think that he wanted to say it looks like the window in the game but with deficiency in a few textures,
Na górę

Thats why it's only a thread in forum, not a demo version download link